Celebrating the Railroads at the World’s Fair

Since May 1851, the global community has come together to celebrate each participating country’s industrial and technological achievements in a World’s Fair or Exposition.

Every five years, a new country and location are chosen to host an International Expo or World’s Fair. The United States has been home to a World’s Fair 14 times throughout its history.

The first was the Centennial Exposition held in Philadelphia, Pennsylvania, from May through October 1873. It was the first official World’s Fair to be held in the United States. And every time since then, the American railroads have been a staple at the exhibits. 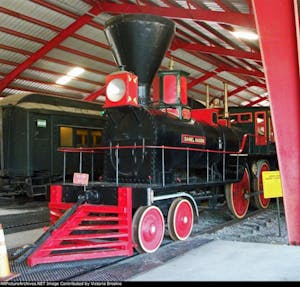 Boston & Providence RR Number 17
The Boston & Providence Railroad No. 17 “Daniel Nason,” a coal burner locomotive, was leased to the New York, New Haven & Hartford Railroad Company in March of 1893 before making its trip to be on display at the World’s Fair in Chicago, Illinois. More than 27 million people visited the World’s Columbian Exposition between May 1 and October 30, 1893.

Atlantic #373
The center attraction at the World’s Fair in 1904 in St. Louis, Missouri, the Cleveland, Cincinnati, Chicago and St. Louis Railway, also known as the Big Four, put on display the Atlantic #373.

Weighing more than 200,000 pounds, the locomotive and a coal car dubbed The Spirit of the Twentieth Century sat front and center on a turntable in the Palace of Transportation. 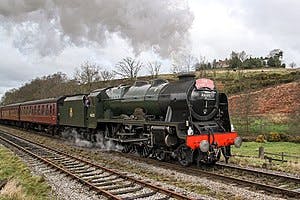 Royal Scot
This London Midland and Scottish Railway Royal Scot Class 6100 steam engine, formerly known as the 6152 King’s Dragoon Guardsman) made an appearance at the Century of Progress Exposition in Chicago, Illinois, in 1933.

Pennsylvania Railroad 6100
In Flushing Meadows-Corona Park in Queens, New York, the 1939 – 1940 World’s Fair was the second most expensive world’s fair.

Featuring “Railroads on Parade” in the Eastern Railroads Presidents’ Conference, the expansive exhibit covered more than 17 acres and included The Pennsylvania Railroads 6100, a Class S1 engine.

With the temporary lettering “American Railroad,” the locomotive ran continuously on a roller platform at 60 mph throughout the fair. 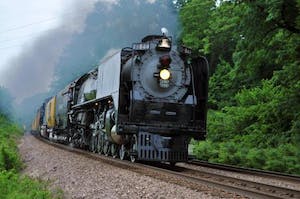 Union Pacific #8444
A high-speed passenger engine, this steam locomotive made an appearance at the 1984 World’s Fair in New Orleans, Louisiana.

The last steam locomotive built for Union Pacific operated on passenger lines until it was placed in freight service between 1958 and 1959 until it was retired from operation to serve as the railroad’s goodwill ambassador, making appearances throughout the United States.