Television and movies have a way of telling a story that makes us feel like we are there and can relate to the characters on screen. While sometimes based upon true events, the motion picture industry takes a few liberties here and there for the sake of creating a good, watchable story. Take the television show, Hell On Wheels, which is based upon the camp following the same name that moved westward with the building of the Transcontinental Railroad here in the United States. Hell On Wheels ran for five seasons, coincidentally, roughly the same time it took to build the actual Transcontinental Railroad, and uses the building of the railroad as a backdrop for many of its stories. We see a group of railroad men and women make their way west on the Union Pacific side of construction. Later in the series, we see elements of how the Central Pacific overcame nature, among other difficulties, to finally join up with the Union Pacific at Promontory Summit on May 10, 1869.

Were the camps and towns that followed Hell on Wheels as it expanded west as depicted in the series as true in real life?

To a certain extent, yes, particularly on the Union Pacific side, as the railroad moved west, little camps and towns would spring up every few miles or so and serve as a base camp for the workers. Along with this came merchants, bar owners, brothel operators, doctors, dentists, churches, virtually everything you might find in a small town. When the workers received their pay, they would often need a place to blow off steam. In these make-shift towns, workers found the relief valve they were looking for in the taverns and brothels. As the railroad expanded westward, many of these tent cities would fold up and be loaded onto flatcars to be moved further down the line. Towns might go from a population of 10,000 down to 100 within a few days. In fact, there are many ghost towns along the line that follows the Transcontinental Railroad. And, while some towns ceased to exist, others became premier stops along the way. Cheyenne, for example, was built on an area of a major river crossing. The term “hell on wheels” was used as early as 1869 by Springfield, Massachusetts newspaper editor Samuel Bowles to describe the phenomenon of the traveling camp.

Was Cullen Bohannon, one of the television series stars, a real person? 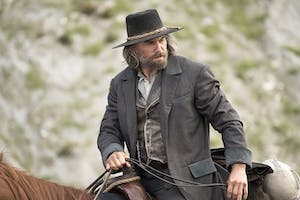 Cullen Bohannon, as depicted in the series, was not a real person. Bohannon is a composite character loosely based on a few of the real people in similar positions that worked on the Transcontinental Railroad. Bohannon, is a former Confederate officer, was based on Union Major Gen. Grenville M. Dodge and, more precisely, Union Brigadier Gen. John S. Casement, who was Chief Engineer and lead foreman of the construction crews, respectively. Unlike Bohannon, neither Dodge nor Casement were involved in any shootouts or the like while building the railroad. However, similar to how Bohannon leaves the states at the end of the series, Grenville Dodge moved to Texas post-construction to escape having to testify against Thomas Durant, Union Pacific vice president, after scandals arose about the mismanagement and misappropriation of funds for the railroad. Cullen Bohannon did personify the spirit and dedication of both Dodge and Casement when it came to completing the railroad. Without their drive, it is uncertain if the railroad would have been finished in the time that it was. Unlike the series, neither Dodge nor Casement left the Union Pacific for the Central Pacific as Bohannon did. They did, however, run for political positions, often taking them away from work on the railroad for periods.

Was Thomas C. Durant really as bad as he was portrayed in the series? 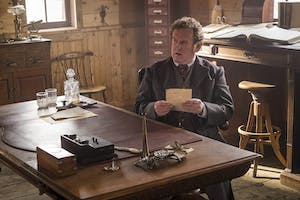 To a certain extent, yes or even more so. Durant was one of the earliest financiers of the railroad, and his main objective was to make money, whether the railroad was completed or not. Since the government provided bonds for each mile of track laid, Durant overrode his engineers in several instances, ordering extra track to be laid in large circular oxbows. In the first two and a half years, the Union Pacific did not extend further than 40 miles west from Omaha, Nebraska. Of this distance, nine miles were taken up in one of Durant’s oxbows. As the federal government was waging the Civil War, Durant avoided its oversight on railroad construction. During the war, Durant made a fortune smuggling contraband cotton from the Confederate States, with the help of Gen. Grenville M. Dodge.

One of Durant’s biggest coups was the creation of Crédit Mobilier of America. Durant created this company to encourage U.P. investors to take on the railroad’s construction after contractor Herbert Hoxie announced he would fail to meet his deadline for building 247 miles of track. Investors thought the contract, given the high construction cost, was too great a risk, but the protection offered by Crédit Mobilier convinced them to take on the construction. Durant then manipulated Crédit Mobilier’s structure so that he would control the company. The railroad was effectively paying him via Crédit Mobilier to build the railroad, while he sat as the company’s vice president. Durant covered his tracks by having various politicians, including future U.S. president James Garfield, as limited stockholders. Things got worse for Durant when it came clear that he had violated the 1862 Pacific Railroad Act by using his control of the Crédit Mobilier to become the majority stockholder in the Union Pacific Railroad. There was also suspicion that Durant had taken money from the company; it seems that his co-workers were too fearful of him to meet clandestinely to discuss this possibility.

Were Mormons depicted accurately in the series? 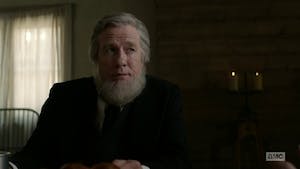 While there still was some animosity towards the Mormons led by Brigham Young following conflicts with the army in the 1850s, the Mormons were very eager to help build the railroad through Utah Territory in hopes of bringing prosperity and trade to their region. In fact, Brigham Young was one of the first to sign on with Crédit Mobilier. However, unlike the series, most Mormons did not go to work for the Central Pacific but instead for the Union Pacific. As seen near the end of the series, the Mormons under Brigham Young get shortchanged by Durant and end up going to court to get a settlement. Most of the side stories involving the Swede and Cullen Bohannon with the Mormons are fictionalized for television.

As you can see, there are a few differences between the Hell on Wheels television show and that which actually played out during the mid- to late-1860s. We’ll end here for this week, but please stop by again next week. We’ll have moved down the track a bit and will have more good tales from the real and fictional Hell on Wheels.