Holiday Dining on the Rails

With the holidays approaching like a speeding locomotive, many of us wonder what might be on the table this year for us to feast our eyes and tummy’s on. Most of us dream of that home-cooked meal for Thanksgiving or Christmas, as the snow falls outside and the fireplace crackles. Perhaps, this year, we may be with immediate family or in small groups, but the fun and food will still be there. Some may go out to eat. Others may travel. For many of us, the meal at the end of the journey and the time spent with family and friends are the most important parts of the day.

In the heyday of the railroads, many traveled around the holidays by train to meet loved ones or take holiday vacations and get away from the hustle and bustle of everyday life. Some journeys by rail could be long trips, while others would be short, but one thing remained constant, the fine dining experience that everyone could enjoy.

While the menu on a dining car was exquisite and comparable to many 5-star restaurants found in most major cities, the holiday menu was even grander, and the chefs and stewards worked extra hard to prepare a meal to remember on those momentous holiday trips. In addition to the already prosperous and abundant menu available, special items were added to the menu during the holidays. Some of these were rarities, and many were standards with a unique holiday twist added.

Let’s jump to the early 1950s. The meal’s centerpiece was the turkey for both Thanksgiving and Christmas. These elegant examples of culinary wonder usually weighed around fourteen pounds, took about five hours to roast. It was cooked on board and served to passengers fresh and hot, unlike today where many travel foods are cooked in a central kitchen and just reheated before being served to travelers. Virtually every railroad that carried patrons served a fantastic meal and went through thousands of turkeys and several hams. To give a perspective on numbers, on Christmas day in 1951, the Pennsylvania Railroad alone served over 3,500 roast turkeys across its various dining cars. 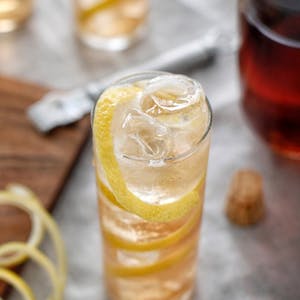 Let’s assemble a menu combining various recipes from the era by several prominent railroads and see what we come up with.  Let’s start with a beverage called the Horse’s Neck provided to us by the Pullman Company:

Next, let’s move on to our appetizer. We have a tasty Poinsettia Salad, prepared aboard the New York, New Haven and Hartford Railroad’s Merchants’ Limited, bound for New York City from Boston. 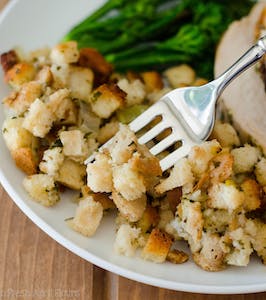 Moving onto our entree, we have one of those fourteen-pound turkeys with Poultry Stuffing provided by the Chicago, Burlington & Quincy Railroad.

Let’s just to the west coast aboard the Southern Pacific to get some Puff Potatoes. 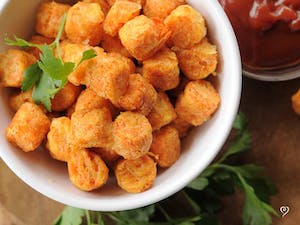 Now that we have our potatoes, how about we sweeten things up with some Sweet Potato Puffs, courtesy of the Pennsylvania Railroad.

To keep things rolling, let’s next check out some Buttered Beets, presented to you by the Union Pacific Railroad.

Last but not least, going along with our entree, we need some more hearty vegetables, and why not top it off with some Carrots Vichy from the eastern seaboard on the Chesapeake and Ohio.

Finally, what are the holidays without that serving or two of pie? Being from Wisconsin, I’ve always loved cranberries; we are the cranberry capital of the world in case anyone needed reminding.  The Alaska Railroad does a delicious take on a Cranberry Pie. 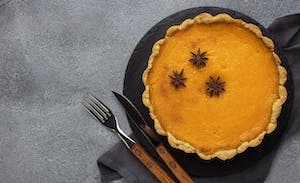 As partial as I am to cranberries, my all-time favorite pie of the season is a Pumpkin Pie. The Missouri Pacific Railroad takes a swing at this number to round out our holiday menu.

What a combination! What a meal this would make! Just one of many prepared by the railroads in the zenith of travel across the country. So, as you settle into the holidays and are looking to try something different, try a few recipes from the bygone years of railroad travel. There are many to choose from, so many in fact, that no matter your taste, there is something for everyone. Have a happy holiday season!